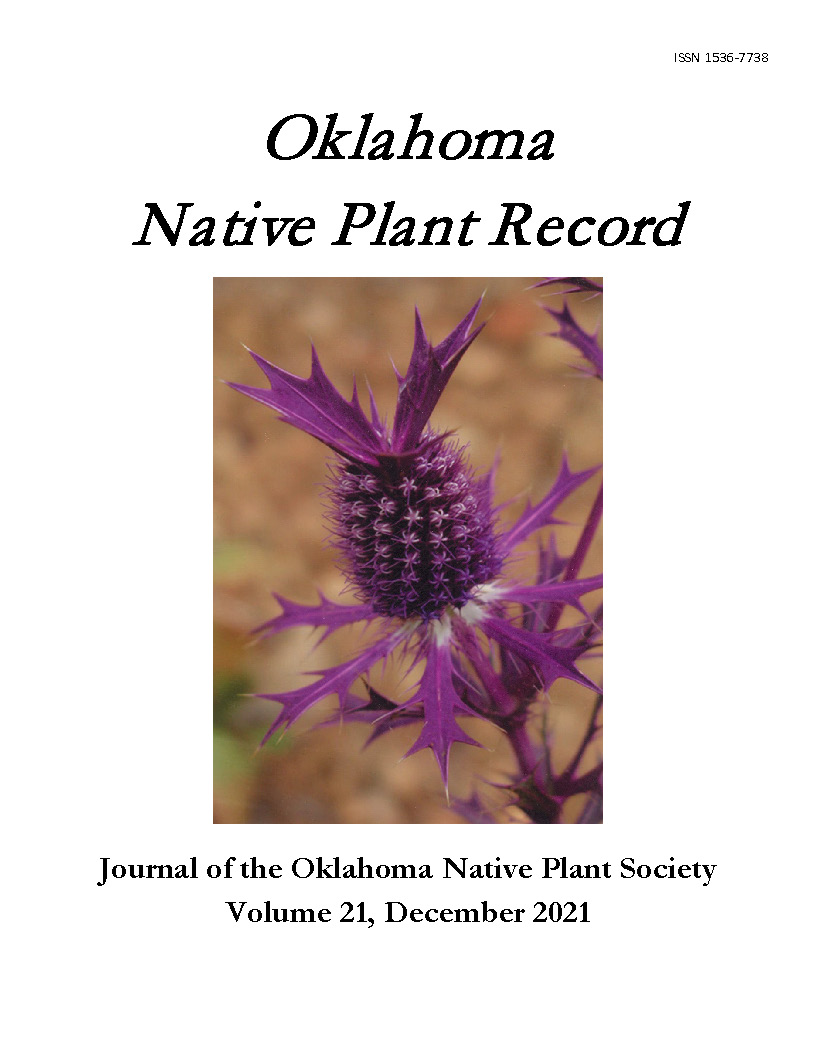 Dendrochronology, the study of tree-rings to help understand events of the past, is a growing
body of research that has become well-established in scientific literature within the last century.
Oklahoma is a distinct resource to dendrochronology as it exists at the eastern deciduous forests
and western prairies/grasslands transition. The extent of dendrochronological research conducted
in Oklahoma has not yet been determined. A literature review was performed to catalogue and
quantify dendrochronological research for Oklahoma. Thirty-seven written works were identified
ranging through years 1923 to 2018. Nine research topics were developed to aid publication
synthesis, with climate reconstruction, fire history, and stand dynamics being the most frequently
encountered topics. Reviewed publications indicated that humans and climate, specifically
drought, largely impacted Oklahoma forests historically, and remain a current threat. Results
provide a detailed resource of dendrochronological applications within Oklahoma that spans the
past century. Presented literature can be referenced for future Oklahoma dendrochronology
studies, with presented knowledge also benefiting studies of similar forest types elsewhere.