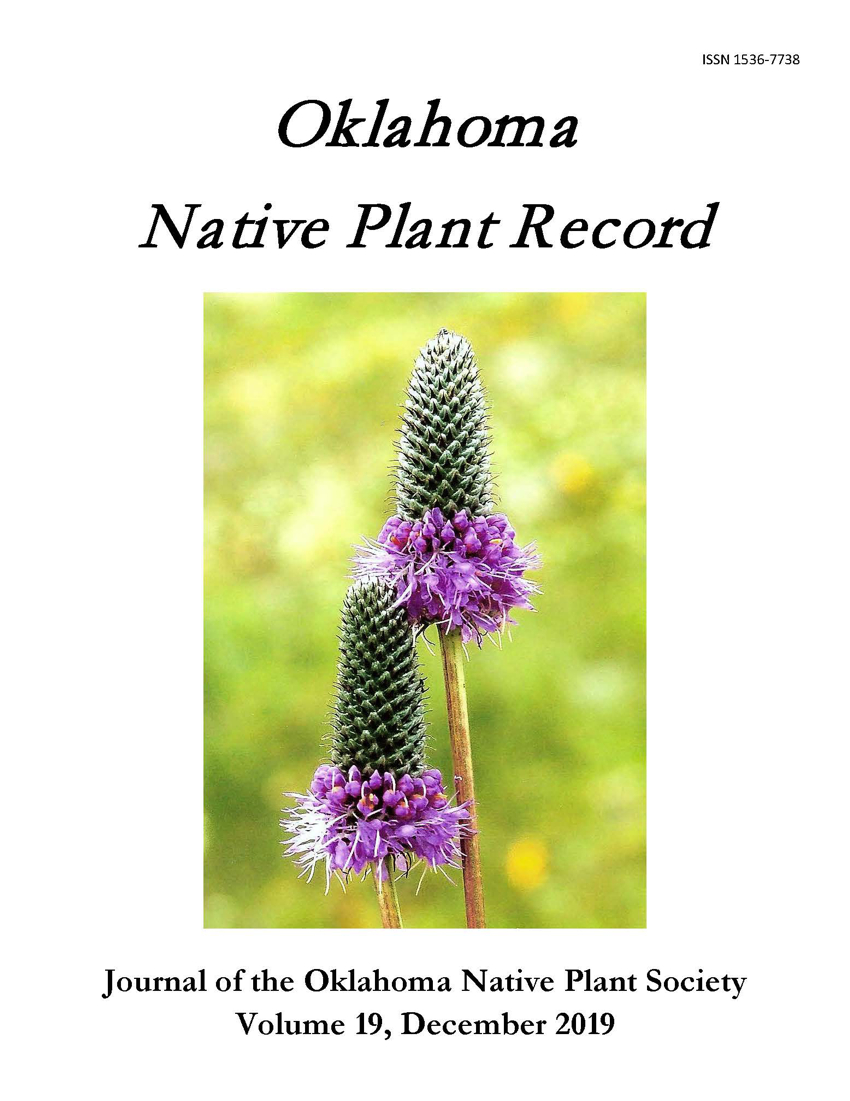 We conducted a vascular plant survey of the John Nichols Scout Ranch in southeastern Canadian County, Oklahoma, during the growing seasons of 2017 to 2019. Vouchered specimens were collected for 152 species in 116 genera and 49 families. The largest families represented were the Asteraceae (37 species), Poaceae (19), and Fabaceae (17). No rare species currently being tracked by the Oklahoma Natural Heritage Inventory were encountered. Twenty of the species collected were not native to the United States, of which six (Lonicera japonica, Lespedeza cuneata, Bothriochloa ischaemum, Bromus tectorum, Sorghum halepense, and Tamarix chinensis) are considered invasive. Three tree species (Pinus taeda, Pistacia chinensis, and Taxodium distichum) were planted in developed areas of the ranch. Species richness appears to be low when compared to surveys of similar size. We suggest that the adjacent properties used for agriculture and housing development have influenced the number of species of this suburban wilderness.