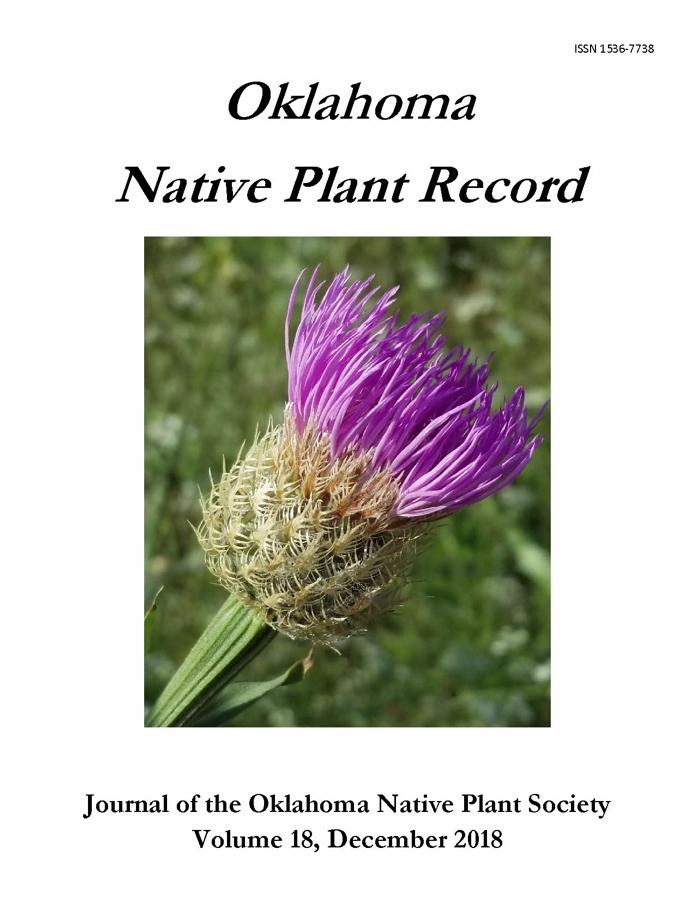 Fire suppression and grazing on the Great Plains have resulted in alteration of the grassland ecosystem, including an increase in woody trees. Eastern redcedar (Juniperus virginiana L.) is a native but invasive conifer that is rapidly expanding its range in Oklahoma due to human and ecological factors and the ability to tolerate aridity. It is known to reduce soil moisture due to high rates of water uptake compared to neighboring grasses and herbaceous species. The objectives of this study were to compare average amounts of water transpired between eastern redcedar and adjacent woody trees in central Oklahoma to determine how water loss in the conifer compares with other trees in the same locality. Average amounts of transpiration in eastern redcedar were compared with those of loblolly pine (Pinus taeda L.), white mulberry (Morus alba L.), eastern cottonwood (Populus deltoides W. Bartram ex Marshall) and bur oak (Quercus macrocarpa Michx.). Three to six branch tips per tree were securely bagged over 24-hour periods, and water collected in each bag was weighed and analyzed. Three to five sampling months spanning two or three seasons were conducted for each comparative study. Results indicated that for winter, spring, and fall, transpiration from eastern redcedar exceeded that from the other tree species. Weather variables such as day length and temperature were found to have strong to moderate effects on transpiration in eastern redcedar. Day length and temperature also had strong effects on transpiration in white mulberry and bur oak, respectively, and humidity had an effect on transpiration in loblolly pine. No reliable or significant effect of weather variables was detected in eastern cottonwood.